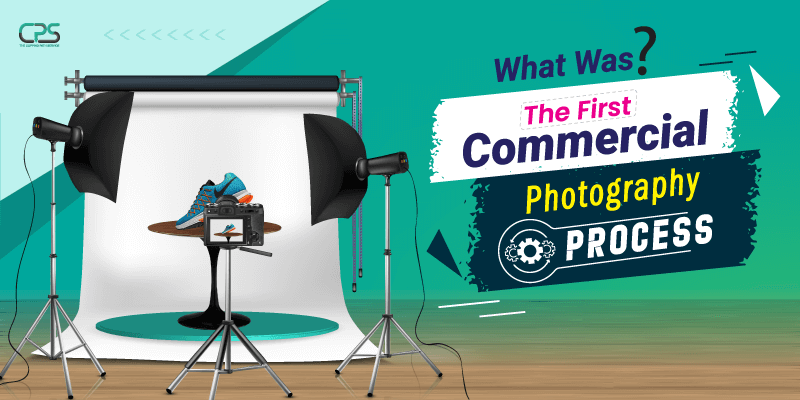 What Was The First Commercial Photography Process?

The process of making the first commercial photography was a bit tricky. It takes time and precision to get a perfect result.

Let’s go back to the past and dig deep into the history of the first commercial photography process. It’s eye-opening for all of us using modern DSLR or smartphone cameras.

We will go into its advantages, disadvantages and other aspects of it.

The X is a vintage photography process that uses chemical and metal plates to create photos. To be specific, it uses iodine-sensitized silver plates. It’s one of the time intensive processes of photography. It’s also known as the first ever form of commercial photography. It was first used in the 1840s and became popular within a shorter period. The following process played a huge role in making photography more available. All of the newer photography processes were inspired by it.

When it comes to history, the timeline of its usage is 1839-1860. The man who created the Daguerreotype is Louis Jacques Mandé Daguerre. The man created the process, which is one of the expensive photography projects. It got popular for several types of images. According to history, the Daguerreotype is a time intensive process. Hence, only wealthy people were up to these kinds of photos. The following photography process can be seen in old European times. Historians have found Daguerreotype photos all around the European continent.

The creation process of the Daguerreotype is a bit intense. So, below we are covering the whole process more simply. Yet, it needs an expert hand to perform, and only experienced people are the ones who do it now. So, let’s start the process:

Step 1: First, we take an iodine-sensitized silver plate. Afterward, we make it shine with a few minutes of polishing.

Step 2: Then, we use different chemicals to make the plate photosensitive.

Step 3: We place the light sensitive plate into a holder and place it into the old age camera.

Step 4: As a photographer, you may need to have a black cloth around you while taking the photos over the camera.

Step 5: Then, we open the camera’s lens cap to let the light in.

Note: The person may have to sit for around 20 minutes during this period.

Step 6: We close the camera opening. Then, take out the plate and make it cleaner with different chemicals.

Step 7: Finally, we rinse off the plate with distilled water to remove dirt and residue. As the last step, we heat the plate with a flame to make the image clear on the plate.

It’s better to remember that these are only a rough outline of the process. The actual process is often complicated and needs a proper skill set.

Type of Cameras used for Daguerreotype 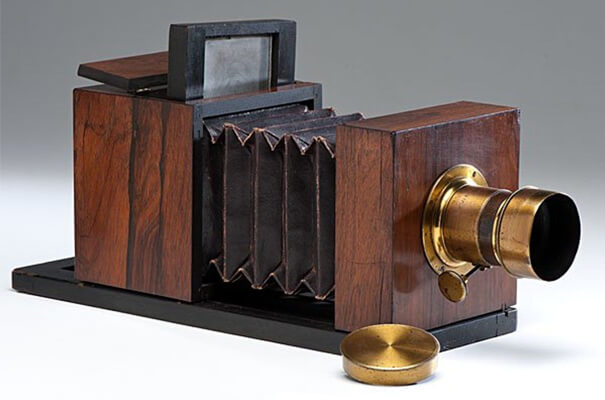 Cameras used for Daguerreotype photos are vintage box cameras. These cameras often have sliders and slots to place the plate in. Plus, these cameras are made of different materials such as wood, plastic, and metal. Further, the photographer had to master the usage of these sliders and openings.

Another interesting fact about the Daguerreotype cameras is photographers have to wrap black clothes on them to get better photos. Plus, the subject must be in the same position for at least 15 seconds. Plus, you must put the lens cap back in when you have completed the task.

No matter what size plates you use, they must be cleaned and coated perfectly. Plus, there’s no recommended or ideal size of plates anyone should use. The size depends on the requirement of the image and the camera slot.

Some of the dimension is mentioned below: 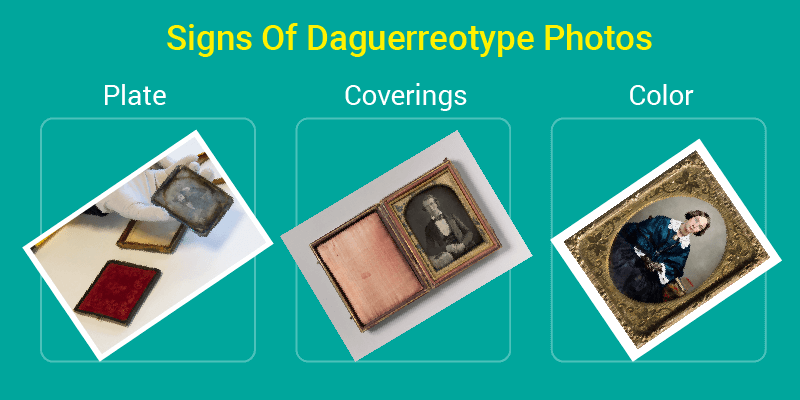 How it Becomes Commercial Photography

Well, the Daguerreotype is the first ever form of commercial photography. It becomes commercially viable due to its advantages. Like, it’s a form of photography where the photographer has the freedom to take pictures of anything.

It’s used for different sorts of industries. From portrait to landscape, you could find countless photos with Daguerreotype photos, which is why it has become a commercial photographer with time.

The invention of the Daguerreotype has great importance in the vintage world. It gave the people the option to preserve their photos. Plus, people were able to carry and show others the plate itself. It even started the wave of commercial photography. 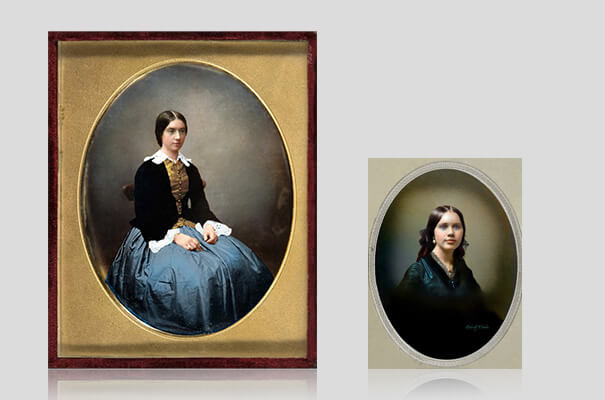 It has some drawbacks as well. Later, many inventors worked on it, improved these drawbacks, and created a better camera version. Below are all the drawbacks:

Let’s start with some of the most common questions when it comes to the first commercial photography.

Where Did The First Commercial Photography, Daguerreotype Originated?

The first photo ever taken of a Daguerreotype was taken in 1839. A man named Louis-Jacques-Mandé Daguerre first created these kinds of photos. His inventions, such as the Daguerreotype, caused a huge shift in the photography industry. It started a new era of photography, and countless people have got to picture themself truthfully.

Which Plate Size Is The Best For Daguerreotype?

To be specific, the process doesn't have any best sizes. Different photographers use different sorts of the plate according to their requirements. Anyone can use any sort of plate and have decent results right away. But the quarter sized plate is the most popular one.

Why Is Commercial Photography So Crucial?

Hope you now know what was the first commercial photography process. Getting to know these things would benefit you. Because it would make you more familiar with the entire process.

Every photograph should get to know where it all began because it brings you the core value of commercial photography.

Perhaps, we have discussed its history and importance. However, it would help you to better connect to the history of photography.

Either way, you must be thankful for the new age photographic equipment. Because taking photos and preserving them has become way easier.

Which Lighting Direction Is Used To Create Silhouettes